The Center for Public Interest Litigation (Petitioner No. 1) and Software Freedom Law Center, India (Petitioner No. 2) have approached the Hon'ble Delhi High Court, challenging the operation and execution of three surveillance projects namely CMS, NETRA and NATGRID, which collectively and separately seek to spy on the communication of citizens in India. The aforementioned projects allow the government agencies to intercept and monitor all and any telecom and internet communications in bulk, furthering the process of construction of a mass illegal dragnet surveillance system by the state.

The Writ Petition challenges the operation and execution of the surveillance projects on the following grounds:

Senior Advocate Mr. Prashant Bhushan appeared for the Petitioners. The following points were argued before the Hon'ble Court:

The Court issued notice to all the six respondents in the case which is returnable on 07.01.2021. The Respondents have been directed to file their response.

This is a major boost in our fight against the creation and establishment of an Orwellian state by the government. The Court in its wisdom has aptly understood the significance of what we are trying to protect. Nobody fully knows or understands the complete extent or penetration of the surveillance projects which are being built and have possibly been operationalized by the government.

The Pegasus spyware snooping incident and the accompanying growth of surveillance infrastructure in India and around the world has solidified our concerns about the violation of the right to privacy of citizens. In light of the fact that the aforementioned projects are shrouded in secrecy, without an adequate and efficient judicial or parliamentary oversight mechanism, a lot of questions remain unaddressed. A challenge to the operation and execution of surveillance projects which has been admitted in the court therefore comes as a huge sigh of relief. SFLC.in shall continue its pursuit to defend the right to privacy of the citizens.

SFLC.IN's Litigation Tracker: SFLC.IN has a track record of fighting for the protection of digital rights of citizens. This also includes approaching the courts for redressal of grievances in respect of violation of digital rights. SFLC.IN has acted as a Petitioner and has provided pro bono legal assistance to the Petitioners in a number of such cases. Details in respect of all such cases can be found at the SFLC.in Litigation Tracker available at: https://sflc.in/litigation-tracker

Hearing on 05.02.2021 -  Senior Advocate Mr. Prashant Bhushan appeared on behalf of Petitioner No. 1 and 2. He informed the bench that the Government had filed an affidavit which was the same affidavit that had been filed earlier, and was subsequently withdrawn. He further submitted that the clarifications and responses given by the government in the said Affidavit were inadequate and insufficient. Mr. Bhushan requested for more time to file a rejoinder along with some additional documents, which was granted by the Hon'ble Bench.

Hearing on 31.08.2021 - The case was listed before the bench comprising of the Hon'ble Chief Justice and Hon'ble Ms. Justice Jyoti Singh. Petitioner No. 1 and 2 were represented by Senior Advocate Mr. Prashant Bhushan, who was assisted by Kushagra Sinha, a lawyer from SFLC.in.

He further said that the government in this case had initially filed an affidavit and had then withdrawn it, only to re-file another affidavit containing similar content. He also said that the affidavit filed by the Government did not adequately address the averments which were made in the Petition.

On the issue of problems with the current system of issuance of interception Orders, Mr. Bhushan read the following passage from the Report by the Committee of Experts under the Chairmanship of Justice B.N. Srikrishna:

Solicitor General Mr. Tushar Mehta appeared on behalf of the Respondents. He said that the government will file an Affidavit and it will respond to whatever (averments) it finds to be relevant.

Please find below the following documents:

1. A scanned copy of the Writ Petition 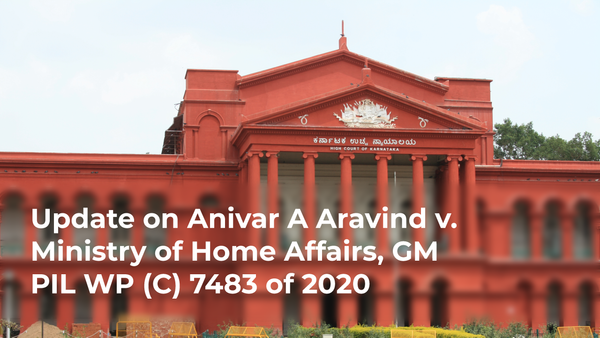 SFLC.in’s advisory board member Mr. Anivar A Arvind has filed a petition in the Karnataka High Court challenging the voluntary-mandatory imposition of Aarogya Setu and invasion of privacy 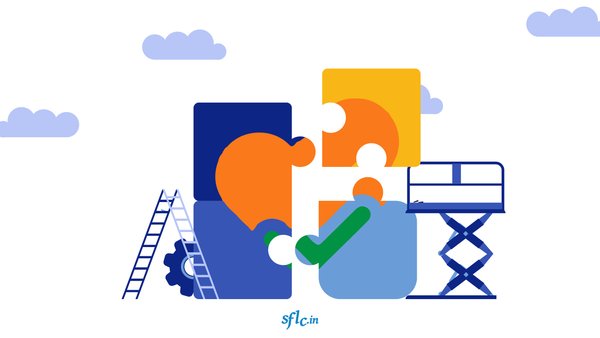 Aarogya Setu's iOS and Android side client-side code was open-sourced a couple of months back. Most recently, the backend code was made available. In this post, our team has done technical analysis of Aarogya Setu's backend code.